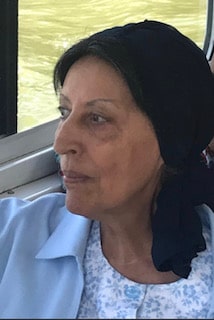 It is with deep sadness that His Imperial Highness (HIH) Prince Ermias Sahle Selassie Haile Selassie, on behalf of the Crown Council of Ethiopia, expresses his sincere condolences to all members of the Imperial Family, dear relatives and friends regarding the passing of the late Princess Seble Desta.

Princess Seble was an enlightened and compassionate person. She was a true survivor, in every sense of the word, with great fortitude, perseverance, and a strong personality. Princess Seble is someone who will be missed.

Princess Seble lost her father during the Italian war at a very young age. She subsequently lived in-exile in Bath, England with the rest of her family during the years of Ethiopia’s occupation by Italy from 1936-1941. During the Communist revolution in Ethiopia, Princess Seble lost her grandfather Emperor Haile Selassie, her brother, Commodore Eskinder Desta as well as her husband Dejazmatch Kassa Woldemariam whilst imprisoned. They were all murdered by the military junta that deposed Ethiopia’s Solomonic Dynasty, one of the longest lasting dynasties in the world, sixty of the Emperor’s top officials including Princess Seble’s brother Commodore Eskinder and the then Patriarch of Ethiopia Abune Tewoflos prior to unleashing a campaign of Red Terror on the whole nation killing millions of other Ethiopians thereafter.

After returning to Ethiopia from exile in England, Princess Seble worked as a personal secretary to His Imperial Majesty Emperor Haile Selassie and accompanied him on many State Visits around the world. Princess Seble, however, is known for her extensive humanitarian contributions, and the way in which she served her country and its citizens with the tenderness of heart and humbleness of spirit.

History will remember Princess Seble for following in both her mother, Princess Tenange Worq Haile Selassie and grandmother, Empress Menen’s, footsteps. Her humanitarian contributions and service as President of the Ethiopian Women’s Welfare Association, as documented by the New York Times on September 6, 1970 in an article entitled “Ethiopian Women Offered New Life” serves as such testament. It should also be noted that during Princess Seble’s tenure as President, the Ethiopian Women’s Association built a state-of-the-art facility to house young women safely.

Princess Seble’s kind deeds were a manifestation of her faith and strong belief in God. It is because of her unwavering faith in Christianity and the continued advocacy and support of the Imperial Family during times of need by European royal families, sympathetic foreign officials and human rights groups among others that she was able to ultimately cope and survive 14 years of imprisonment during the Derg era prior to being released in 1988. Princess Seble persevered through all of this, and while the pain and sorrow of losing her will always remain with those of us still living, the fact that she has now finally reunited with our beloved family in heaven gives us comfort.

Princess Seble reunited with her children and family members in the United States in 1989 after completing her education in England, first at the Clarendon School for Girls and then at Lady Margaret Hall, University of Oxford. She spent the last decades of her life caring for her family, helping raise her grandchildren, staying active in the community, including volunteering to teach English as a second language to immigrant community members in her neighborhood’s local library.

Princess Seble Desta passed away in her home on January 3, 2023. She was buried on Thursday, in the family crypt at the Holy Trinity Cathedral in Addis Ababa, Ethiopia on January 12, 2023.

We will cherish your memories and always remember your name and kind deeds.

May the God Almighty rest Princess Seble’s soul in peace. 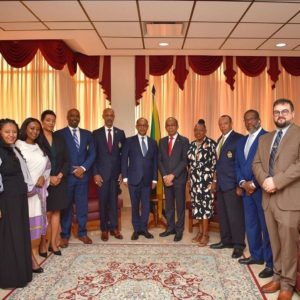 November 3, 2022
Ethiopian Government Honours Crown Council President Prince Ermias
We use cookies on our website to give you the most relevant experience. By clicking “Accept All”, you consent to the use of ALL the cookies. However, you may visit "Cookie Settings" to provide a controlled consent.
COOKIE SETTINGSACCEPT ALL
Manage consent